Plant a tree in memory of Carol
An environmentally-friendly option 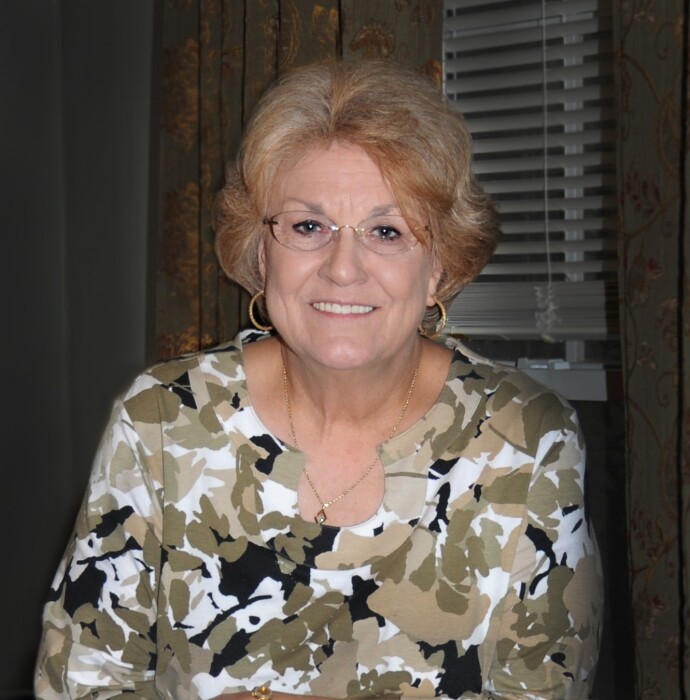 Brenda “Carol” Donaldson passed away unexpectedly in the arms of the love of her life, Bernard “Bernie” Donaldson on March 17, 2021.

Carol was born in Nacogdoches County, Texas to Lena Catherine (Forbis) and Ray Nevilles Barlow. She grew up in Nacogdoches as an only child yet surrounded by loving cousins who were as close to her as siblings. She graduated from Nacogdoches High School where she developed friends she maintained throughout her life.

Carol was a good friend and cousin who cherished her family and close friends more than anything else. For the last decades of her life, if you were looking for Carol on a Friday night, you only needed to figure out where she and Bernie were playing cards or board games with Julia and Ronnie Gibson, or where the foursome were having dinner. The only time those game nights were interrupted was when her family was coming to visit – and sometimes they simply joined in!

As a young adult, Carol lived with her then husband across the street from her childhood home where her mother continued to reside. She gave birth to her son, Joel Parker in 1968 and named him after her grandfather. Joel became Carol’s and “Mama Lena’s” pride and joy. He was the focus of their attention, and they were his. Joel fondly remembers his mother’s thoughtfulness and her wonderful sense of humor.

In 1983, Carol married Bernie Donaldson, whom she had met through friends at work. Carol, Bernie and Joel moved to Spring, Texas where Joel graduated from high school. Carol and Bernie enjoyed long careers working for Southwestern Bell Telephone. They retired in the late 1990s and moved back to Nacogdoches, Texas where they remodeled and settled into her childhood home.

Carol was the very best and most cherished mother-in-law to Michelle Parker, of Houston, Texas. The two met in 2001 and became fast family. Michelle could never have imagined the love and friendship that the two would share for the next 20 years.

“Mia,” as she was called by her granddaughter, Maddie, was a devoted and doting grandmother. She cherished every Thanksgiving, Christmas, Spring Break, and week(s) during the summer that Maddie would come to spend with her and Bernie, and any weekends in between. Carol taught Maddie how to make her famous chocolate pie and pumpkin rolls, but her famous banana pudding will never be matched. They enjoyed thousands of rounds of card games, board games, and episodes of Jeopardy.

While being a loving and doting wife, mother, and grandmother made those she loved feel pampered and very special, one of Carol’s best characteristics was that she knew when not to take things too seriously. She cared deeply about many issues and could get fired up about the right subject. Often a bashful woman in public, she never hesitated to diffuse tension in private with a joke or a laugh, even if it meant directing the humor at herself. Maddie said one of her favorite things about Mia was her ability to laugh at herself. And her hugs – her sweet, soft, loving hugs.

Carol is survived by her husband, Bernard Donaldson, of Nacogdoches, Texas who loved her more than words could describe for over 40 years; her son, Joel Parker, and his wife Michelle, and daughter Madeline, of Manvel, Texas; and many cousins and friends, notably Mary Frances McHaney, Janet and Wayne Allen, Anita and Herschel Garner, Patricia and Randy Stewart, Don Barlow, Nedra and David Pebsworth, Ronnie Gibson, Linda Barnes, and all of their surviving children and grandchildren.

Carol was preceded in death by her parents, Ray and Lena Barlow, her mother-in-law Dorothy Donaldson of Faribault, Minnesota, her closest friend Julia Milford Gibson, of Nacogdoches, Texas, her close cousins, Beth Wood of Houston, Texas, and Doyle Barlow of Minneola, Texas, and her step-son Patrick Donaldson of Corrigan, Texas.

In accordance with Carol’s wishes, the family is mourning in private.

In lieu of flowers, please help the family build a memory book to be shared with her granddaughter, Madeline, about your favorite stories, thoughts, anecdotes, and memories of Carol by clicking this link: https://tinyurl.com/BCDmemories

Plant a tree in memory of Carol by clicking here.
To send flowers to Carol's family, please visit our floral store.

A service summary is not available

Plant a tree in memory of Carol
An environmentally-friendly option

Plant a tree in memory of Carol

There are so many jokes about mothers-in-law - low hanging fruit for comedians and comic strip writers. None of those applied to Carol. She was open and loving, but never pushy. She gave me all the support I needed but no more than I wanted. She was a strong shoulder to lean on but never pushed her own agenda on my and Joel's parenting. She was a great friend to me for 20 years, and one of my favorite people to call on my way home from the office at night. She loved so deeply - if Joel, Maddie or I would have called to talk every day for hours, she could never get enough. She was an incredible, amazing grandmother. I miss her so much.

Plant a tree in memory of Carol